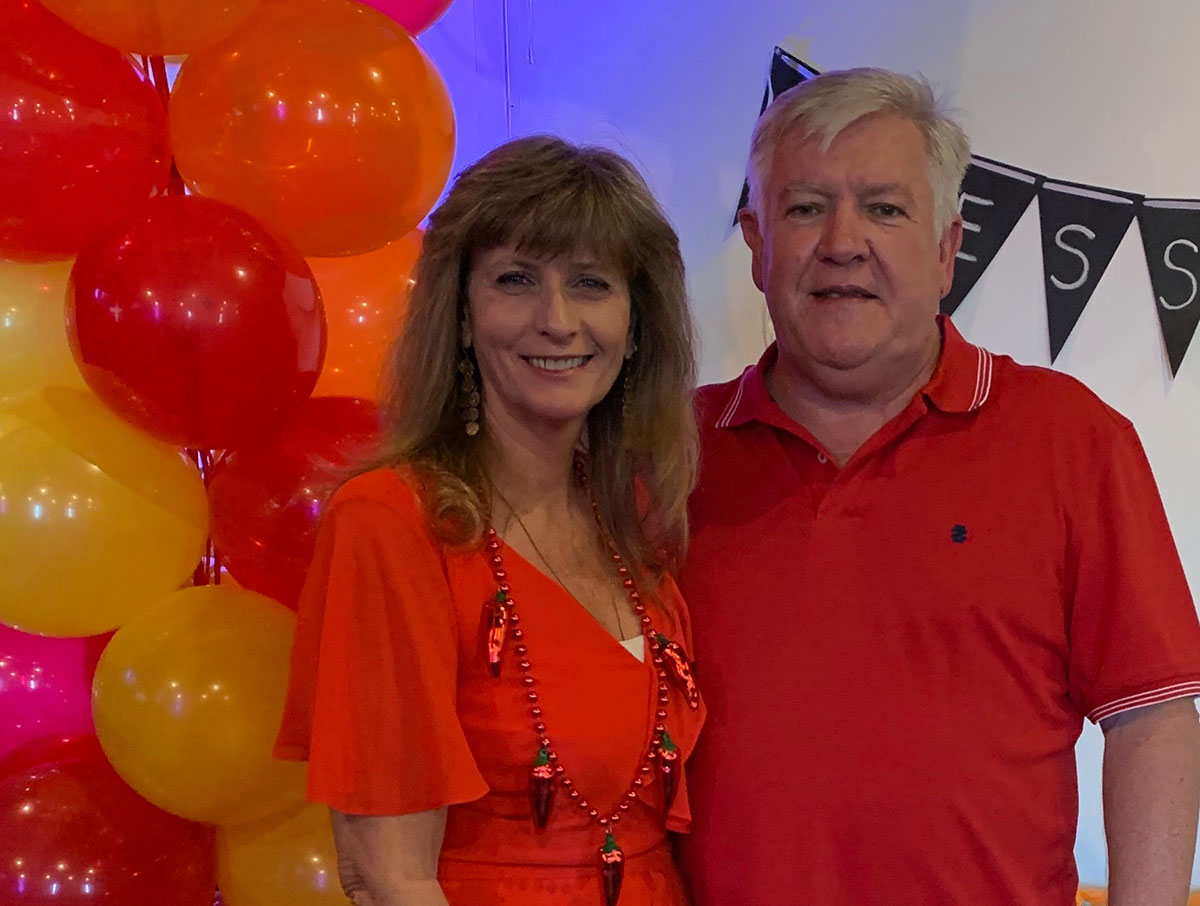 Steve and Amy have been married for 36 amazing years. They are BLESSED with 4 exceptional sons: Shaun, Ryan and Alli (our beautiful daughter-in-love), Benjamin and Daniel.

They were both RADICALLY Born-Again in 1981 in South Africa, where God’s Love invaded their lives and changed them for ever! They had the privilege of serving in the Amanzimtoti area for 12 years, under their Pastors Gaston and Ruth Nicolas. They served successfully in multiple pastoral and outreach positions and have had the privilege of seeing God work miracles in the lives of so many! They have literally been directly involved in seeing the lost saved, the blind see, the lame walk, the deaf hear, the broken healed, the dead raised and entire communities evangelized and converted in Jesus Name, by the POWER of the HOLY GHOST!

They were called to America in 1993 as missionaries where they attended Bible school in Austin, Texas at Redeemed Christian Fellowship, under the leadership of Pastors Bob and Laura Nichols. They were directed by the leadership of Redeemed to various churches locally in order to minister and bring healing to “broken” environments. There they saw amazing salvations, healings, restorations and growth! Steve was ordained in the mid nineties. They subsequently began a church startup in Rockdale, Tx. just outside Austin in 1996.

They felt the Lord direct their family to Orlando, Florida and then to Tampa area. They served at The River at Tampa Bay, as lay ministers under Pastors Rodney and Adonica Howard-Browne for 6 years. They were involved in many areas of serving and were blessed to attend outreaches, both locally and internationally, where literally thousands came to the Lord! They have been personally involved in leading many to the Lord, seeing many healed and Steve had the privilege of actually seeing God raise a man from the dead after laying hands on him and praying!

After visiting a friend, who was on vacation in Cocoa Beach, seeing the beautiful beaches & the waves reminded them of their “home” in South Africa and in June 2008 the McCrory family arrived and settled on Merritt Island……”Where dreams are launched”!!

Now they have the awesome privilege of serving you, your families and our communities here in the Cape Canaveral area. Steve & Amy have an emphatic belief that ALL the gifts of the Holy Spirit are NOW gifts and are here for the equipping of the saints for the benefit of both the Body and the Lost! They believe that Revival is on its way and and His power will be manifest in a tangible and changing way. SALVATIONS, HEALINGS, MIRACLES, PROSPERITY and CHANGE are here, because HE IS HERE!!!